Drone use by fire fighters is not necessarily new. Departments all over have been using drone technology to assist in fire fighting for several years. The difference now is that the technology is advancing exponentially, and as with any significantly advancing technology is becoming more readily available and cheaper. See our 2018 Firefighting drone infographic!

The Phantom 1 debuted in January 2013, only 4 years ago. Compare that aircraft with even some of the lower-end consumer aircraft available today and it still wouldn’t hold its own. The technologies from the consumer market pushed huge changes in the industrial drone market as well, especially with companies like DJI getting into the mix with industrial aircraft like the Matrice series drones.

Among the improvements to drone technology was the integration of thermal imaging cameras. Dronefly’s Nighthawk kit was among the first for thermal imaging from a drone. That was a kit based on the Phantom 1, with several additional pieces necessary to achieve a usable platform. Now there are several plug-and-play options available for thermal imaging, which is invaluable to fire personnel.

Being able to get above the scene and get a big-picture idea of what is happening allows commanders to deploy their teams in a safe and efficient manner.  Even with just optical cameras crews can assess damage to a building, possibly spot people trapped inside, watch for fire spreading to other areas, the list goes on. All of that before risking the lives of not only the firefighters but also people that may be trapped inside.

With thermal imaging added to the mix, crews can see through layers of smoke to a target building and adjust water spray to more efficiently subdue the flames. It can also spot hot spots on roofs for advanced notice of collapses and other structural integrity concerns.

‘The drone equipped with high-definition and infrared cameras was flown over the four-alarm fire Monday in the Bronx to keep an eye on the roof of an apartment building that firefighters feared would collapse. Two firefighters suffered minor injuries in the fire.

“The roof started to fail and we had a lot of great radio reports, but that’s only verbal, so with the drone we had good visual pictures and it really helped us make decisions to put this fire out and keep our members safe,” Deputy Assistant Fire Chief Dan Donoghue said in a statement. “Seeing it is helpful.” ‘ – via USA Today

Drones are an invaluable tool for monitoring wildfires. The video below shows how a National Guard Predator drone was used to provide support for fire crews around Yosemite National Park during a wildfire that destroyed over 250,000 acres of the Sierra Nevadas. With the rise of civilian drone technology, a much smaller and less expensive unit can be deployed to achieve the same goals as the Predator.

The California National Guard drone was being remotely piloted hundreds of miles away, allowing ground commanders to keep an eye out for new fires they otherwise wouldn’t have immediately seen. The data was provided directly to the incident commander, allowing him to make quick decisions about which resources to deploy and where to deploy them.

Drone use for local Fire Departments

Local fire departments are already seeing large benefits from the use of drones during structure fires and search and rescue missions. Assistant Fire Chief Christopher Tracy of the Fairfield Fire Department in Fairfield, CT was assisted by non-fire personnel with a drone and had rave reviews for the technology.

Chief Tracy isn’t the only one. Menlo Park Fire Protection District were one of the first fire departments in the country to receive FAA authorization to fly a drone. They have seen great results and have turned it into an irreplaceable asset.

While most of the departments with drone programs either use a DJI Inspire 1 or a much more expensive (NYC spent $85K) drone, the latest offering from DJI is the Matrice 210, an IP43 water and dust resistant quadcopter with dual redundant batteries for extra flight time and safety, as well as multi-payload options.

For fire departments, we suggest the Matrice 210 with Zenmuse X4S and Zenmuse XT or Zenmuse XT2 cameras. The Zenmuse X4S is a high definition 4K/20MP optical camera ideal for keeping an eye on fire crew activity and post-fire inspection to aid in investigative reports. The Zenmuse XT is a plug-and-play thermal imaging camera that offers visibility through smokey conditions and allows the operator to see potential problem spots from a safe vantage point and direct water streams for higher efficiency. The Matrice 210 offers dual operation for increased flight safety as well, with the pilot able to reference a small FPV camera located directly at the front of the aircraft. It also has HD video-out for displaying on a remote monitor for the command to reference as they need.  The camera operator can switch between optical and thermal video feeds as necessary throughout the course of operation.

The Matrice 200 Series drones offer an operating temperature of -4° to 113° F (-20° to 45° C) which is a significant step up from older model DJI aircraft such as the Inspire 1 and Phantom Series drones. It also boasts a long 4.3-mile range for wildfire operations (though special FAA authorization is necessary for beyond-line-of-sight flights.) It has has a maximum flight time of 24 minutes with full payload when used with the TB55 batteries. Previously, the maximum flight time with even a single camera was less than 20 minutes.

At Dronefly, we understand that not every fire department has the same needs. Our product experts can help guide your department’s purchasing decisions to reflect the best options for your specific uses.

We understand that there’s more to purchasing a drone for your department than just listing a few benefits. The more informed you are, the more likely city councils and budgeting committees will be to grant funds for your purchase. So we’ve put together some references for you.

•Ask Drone U
Drone U is a great website filled with training programs and incredibly useful podcasts. They offer a free membership that grants access to all of their podcasts which we highly suggest taking advantage of. Their “Pro” membership grants access to training programs and is $47 a month. Podcast ADU0548 focused on drone use for Fire and Police departments, including information about authorizations, different uses for drones within the public safety sector, and best options for equipment. Their special guest for this podcast was Keenan Newton of Saving Lives With Drones.

In this piece, Keenan Newton goes more in-depth into COA (Certificate of Authorization) and SGI (Special Government Interest [formerly known as Emergency COA]), as well as Public COA vs Part 107. Their website also has quick links to several resources for the safe operation of drones.

Why You Need The Mavic 2 Enterprise Advanced 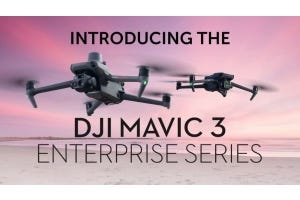 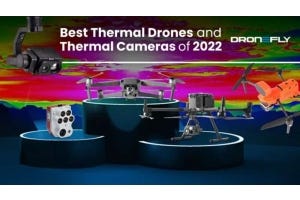 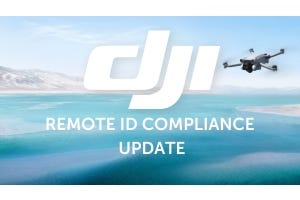 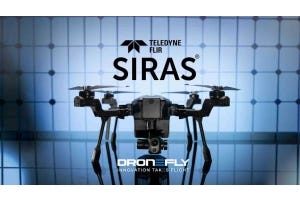 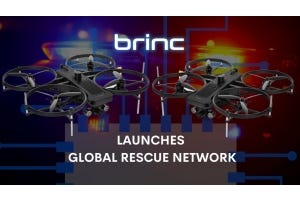